[Note: You can easily adapt this study to any missionary or other person of interest.] 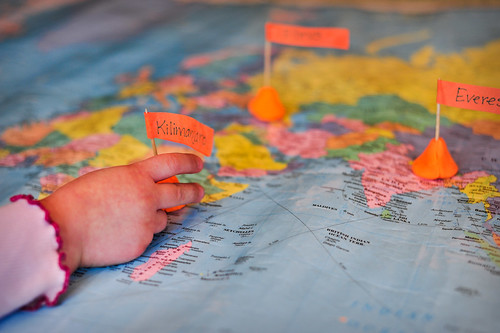 What did Captain James Cook and William Carey have in common? Carey, a noted linguist and missionary, was highly interested in plant, animal, and insect life, as was the famous adventurer, Cook. Carey was an avid reader. A book that greatly influenced him as a youth was The Voyages of Captain Cook. One of young William’s joys was collecting and categorizing plants and insects; he crowded his room with specimens of both. He was intrigued by the natural world and later become a botanist of considerable reputation.

As a young man he continued to pore over Cook’s travels, as well as the best-selling book Guthrie’s Geographical Grammar (published in 1770) and the Bible. He drew a crude map of the world, noting places where the gospel had not yet been preached. He prayed that the Lord would send His laborers to the many untouched parts of the world. It’s exciting to see how God used Carey’s early interests and gifts in such powerful ways.

Perhaps you’re wondering what this has to do with geography. Well, check out this partial definition of geography from The Living Webster Encyclopedic Dictionary of the English Language:

Geography: “The science which treats the surface of the earth, dealing especially with such aspects as topology, climate, the ocean, and plant and animal life…”

Knowing more about a missionary’s world helps us to better appreciate their ministry–so let’s dive into Carey’s world! Using reference materials, and based on your student’s age and interest, answer/complete the following 5 sections.

B. What is the climate like in Calcutta (now called Kolkata), India? (Serampore, where Carey spent much of his time in India, is approximately 14 miles north of Kolkata.)

C. What is the temperature today in London? What is it in Kolkata, India?

D. Do you think it would have been hard for William Carey and his family to adjust to the weather in India? Why or why not?

A. Look at a world map. Find London and Kolkata. How did Carey travel to India? What might have been some of the difficulties? How long do you think it took to get there?

B. How would you travel to India today? How long would it take you?

3. Using an atlas, label the 7 continents on the downloadable outline map of the world:

4. Using an atlas, label the following on the downloadable outline map of Asia:

A. What types of plants, animals, and insects might Carey have found in his native England?

B. What are some types that can be found in India?

D. Draw one plant or animal that would live in each place. Have you ever seen these before? Where?

In my next post, we’ll look at five more aspects of geography in relationship to Cook, Carey, and their times.

How to bake a cake
Missionary Geography, Part 2