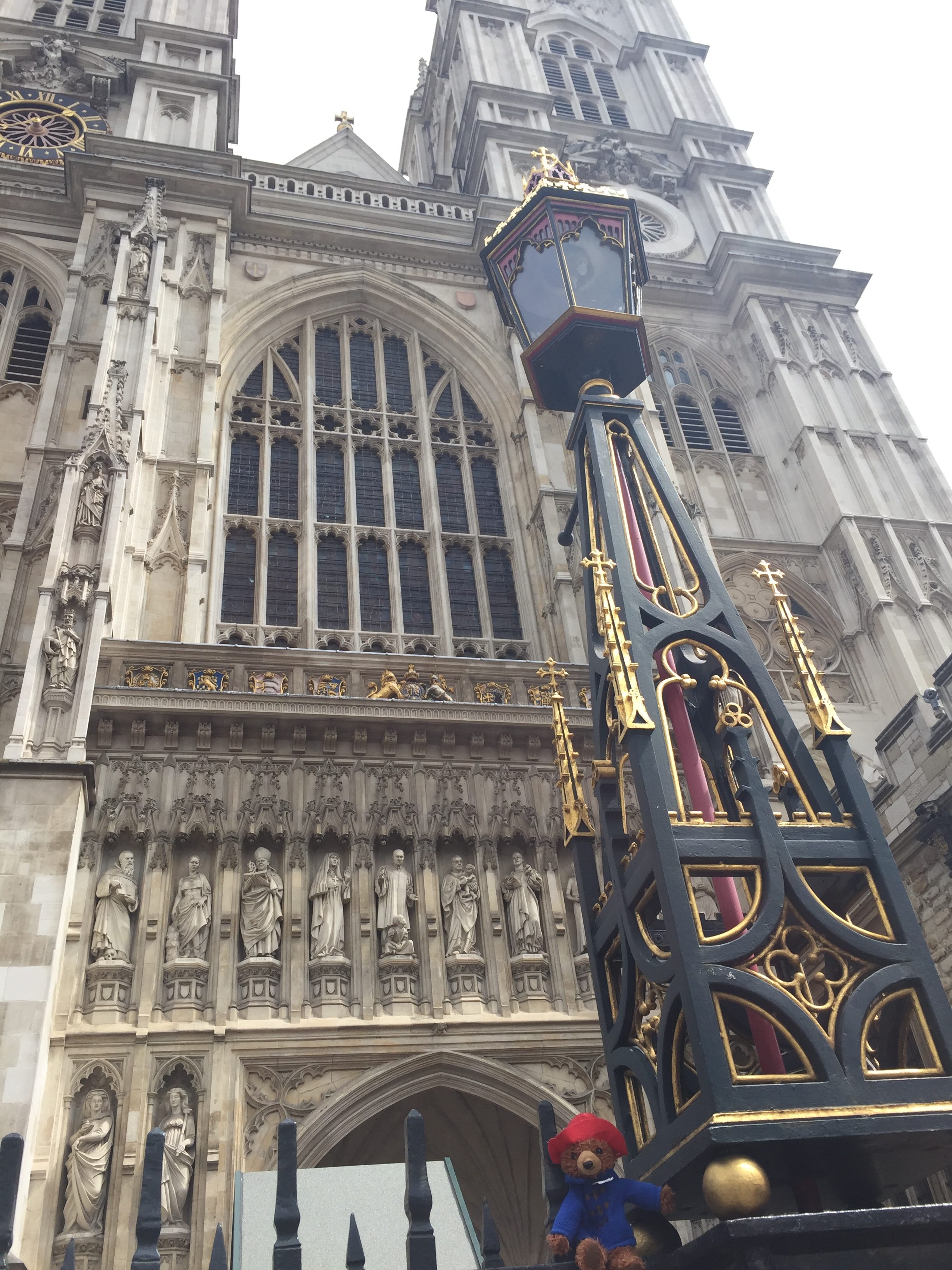 Yesterday’s photo showed Paddington in Westminster Abbey. Did you guess correctly? Keep reading for more information about this fascinating site.

London is full of rich history and important places, and Westminster Abbey is certainly one of them! No one is exactly sure when the very first church was built on this site, but it was possibly as early as A.D. 604. We do know that in 960, the bishop of London, whose name was Dustan, brought 12 monks to this place to start a monastery here. Later, King Edward the Confessor, a man who really loved God, thought it would be a good idea to have a church that could be used for state affairs, which basically means official weddings, funerals and other important government events. He decided that this would be a good place. 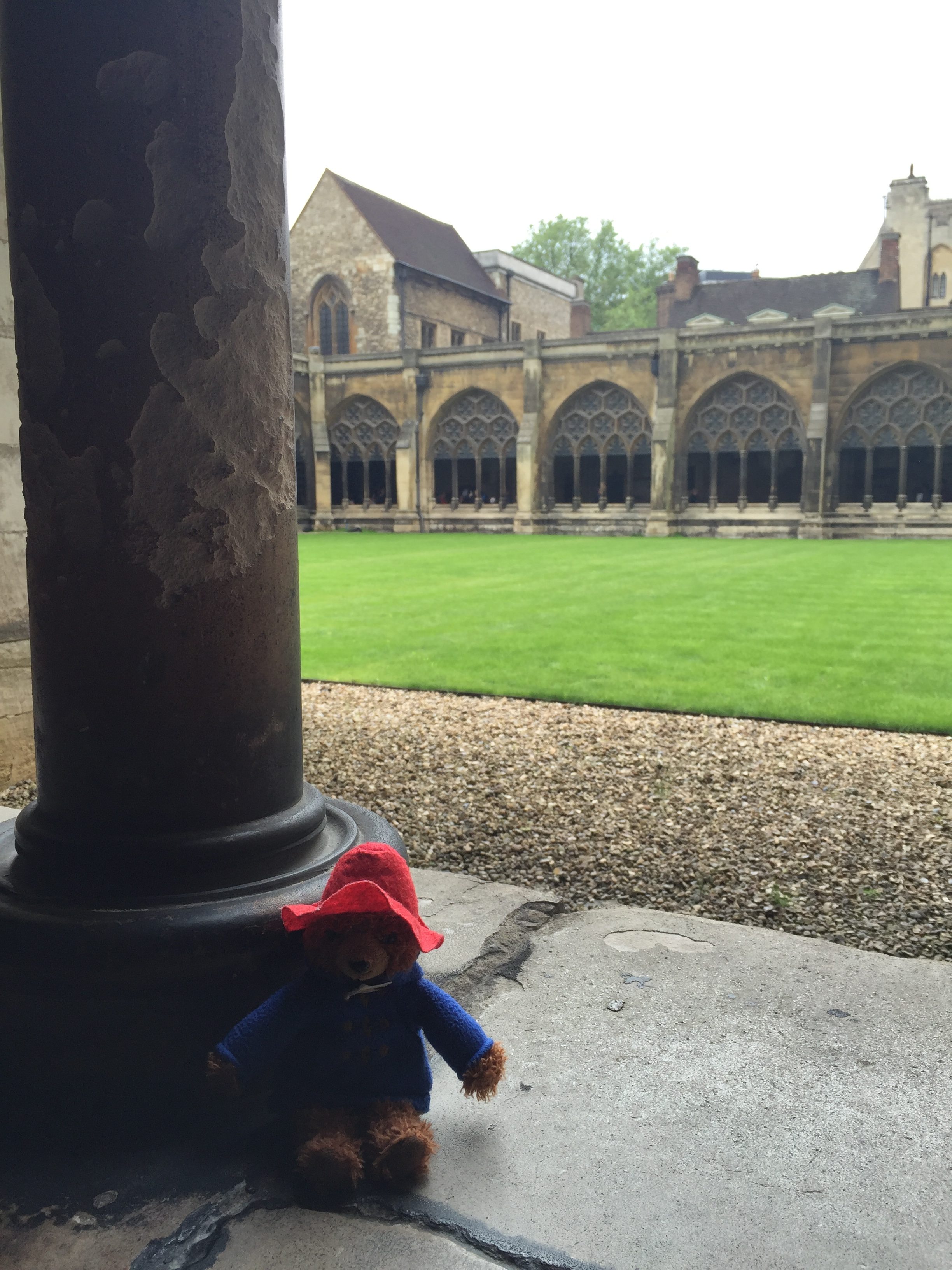 He took what had been a simple monastery and built it up into a great church! It was completed in 1065. Unfortunately Edward was too sick to attend its official consecration or opening, and he died soon after. His funeral was the first one to be held in this new church. After his death, people began claiming that miracles took place at his tomb, and about a hundred years later, he was proclaimed a saint. This made more and more people want to come and visit, and soon many people were taking pilgrimages (long trips to a holy site) to see Edward’s shrine. His shrine was originally covered in gold and jewels, but as pilgrims came to visit it, they would pick some off as a souvenir, and now none of it is left.

This scene from the Bayeux Tapestry depicts Edward the Confessor’s funeral and gives an idea of what Westminster Abbey looked like at the time.

Shortly after Edward’s death, the Norman Conquest took place. In the Norman Conquest, William (a man from Normandy – part of France) went to war with Harold Godwinson, the king of England who succeeded Edward the Confessor. In the Battle of Hastings, a most famous battle that took place in 1066, William beat Harold and for several centuries, England had a strong Norman (French) influence. When William became king, he wanted to remind everyone that the had really won, and so he had himself coronated (crowned king) directly over the grave of Edward the Confessor in the middle of Westminster Abbey! Coronations have taken place in Westminster Abbey ever since. (Read more about the Norman Conquest in The Mystery of History Volume II, Lesson 55)

Although Edward the Confessor built the church up from a simple monastery, Henry III was the king who built it to be the church we know today.

Today Westminster Abbey contains the tombs of many thousands of people, not just royalty, but plenty of others as well. When Geoffrey Chaucer, author of The Canterbury Tales, died in 1400, he was buried in Westminster Abbey because of an important role he had as Clerk of Works at Westminster Palace. After that, many poets were either buried there or memorialized there, in an area now called Poets’ Corner. Since that time, scientists, composers and musicians, as well as famous prime minsters and other government officials have been given tribute in this treasure trove of English history. (Read more about Geoffrey Chaucer in The Mystery of History Volume II, Lesson 55). 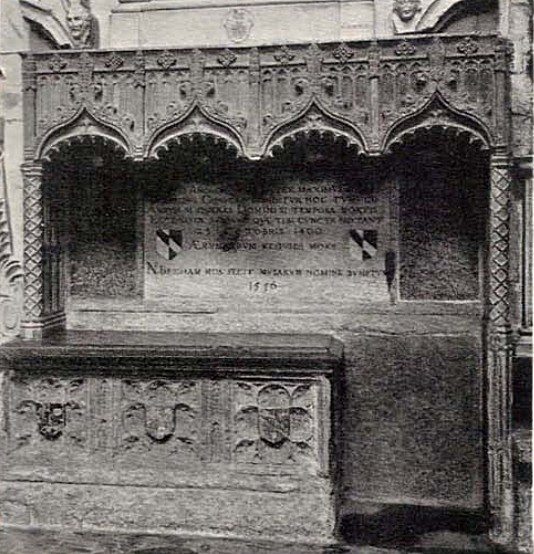